VLADIMIR SCHOOL SCHOOL SCHOOL (part 1)Vladimir landscape painting is a trend that firmly established itself in art in the 1970s and is now included in the treasury of genuine achievements of the Russian national school.…

LENINGRAD SCHOOL OF PAINTING (part 3)And how to explain such a change of state to "left" art, whose representatives continued to occupy key posts in all the organs of this state, which were in charge…

ART UNIONS AND CREATIVE UNIONS OF RUSSIA ON THE TURN OF THE XIX-XX CENTURIES (part 3)"Bauhaus" (German: Bauhaus - building house) - art educational institution and creative association in Germany. It was founded in 1919 by the architect V. Groppius in Weimar, in 1925 it… 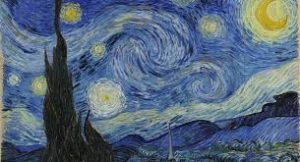 Artistic paints consist of colored powder – a pigment and a binder that holds together the smallest particles. In painting, mainly inorganic coloring materials are used, as more persistent, less often organic.
There are pigments of natural origin and prepared artificially.
In ancient times, artists used exclusively dyes found in nature in the form of various minerals: malachite, azurite, auripigment, lapis lazuli (lapis lazuli) and all kinds of colored earths. In addition, they used dyes of organic origin, which were obtained from various plants and simple animal organisms – mollusks, worms.
But over time, many natural pigments were replaced by artificial ones. So, for example, blue ultramarine paint, valued more than gold (it was obtained from lapis lazuli minerals), was replaced in the 19th century by cheap artificial ultramarine.
Of the natural dyes, only earthy pigments have retained their value. They are usually mined when developing open pits. The produced rocks are dried, crushed and subjected to separation, separating the smallest particles. These pigments are durable, resistant to weathering, to light. They have not bright, but the most diverse shades, and are usually called by the place where the pigment similar in color was first found or mined: natural sienna, natural umber, Feodosia brown, Khotinovskaya brown, Kudinovskaya brown, Serpukhov red, Shakhnazar red, Agarak red , Gutankar violet, Zvenigorod black, Podolsky black, as well as Volkonskoite, ocher – light, golden and dark, Mars brown – dark and light.
Earth colors have been known since ancient times. So, ocher, mixed with animal fats, painted the silhouettes of animals as a primitive man.
Some ground pigments are heat treated (calcined at various temperatures), as a result of which they acquire new shades. Thus, from red ocher they get red ocher, from sienna and natural umber – sienna and burnt umber.
Most of the palette of modern paints are artificial inorganic pigments. They are distinguished by a constant chemical composition and structure, brightness and color purity, which, as in natural pigments, is due to compounds of various metals. Therefore, they are also called artificial mineral pigments.
One of the most ancient paints prepared artificially was lead white. They remained the only and unchanged until the second half of the nineteenth century, when they learned how to obtain zinc and titanium white.
Now produced cadmium yellow (light, medium and dark), cadmium lemon, strontian yellow, cadmium red (light, dark and purple), cadmium orange, cobalt blue, cobalt violet (light and dark), cobalt green (light and dark), emerald green, chromium oxide, ultramarine, English red, kaput mortum, ceruleum.
Organic pigments are inferior in strength to mineral pigments. Therefore, they are used very rarely in oil painting, only artificial organic pigments are used, which have sufficient strength and cannot be replaced with inorganic ones due to brightness, original shades, and also high glazing properties (transparency). These include: kraplak, blue and green FC, tiondigo pink and black.
Black pigments are obtained from raw materials of plant and animal origin by calcination: burnt bone, peach and black grape.
Pigments, unlike various dyes, for example, those that dye fabrics, do not dissolve in water, a binder and organic solvents.
Any artistic paints can be prepared from pigments: they can be mixed with glue, egg yolk, and wax. Therefore, the painting technique is determined not by pigments, but by binders: emulsion (egg, casein, oil, PVA) – tempera painting, wax – encaustic. In oil painting, specially prepared drying vegetable oils serve as a binder for paints. In the production of modern oil paints, mainly linseed oil is used, and for some paints, peanut, as well as poppy and sunflower oils are used. Unlike flaxseed, they turn yellow less, but on drying, they form less durable films. Drying of the oil is a complex process associated with oxidation, which lasts a very long time.
In the light, the oil dries much faster, in the dark it not only dries slowly, but also turns yellow. Dampness also slows down this process. Pigments also affect the drying speed of the oil; some of them, for example, white lead and cobalt, accelerate this process, and speckle, gas soot slow down. The oil begins to dry from the surface on which a thin film is formed, which prevents the free access of oxygen and the drying of the underlying layers.

EXCURSION TO THE WORLD OF BATIKABatik - batik is an Indonesian word. Translated from Indonesian, the word “va” means cotton fabric, and “-tik” means “dot” or “drop”. Ambatik - draw, drop, hatch. The batik technique…

EXCURSION TO THE WORLD OF GRAPHICSGraphics is the art of drawing. A graphic image, as a rule, consists of lines, strokes, dots, etc. By its nature, a graphic image is more conventional than a pictorial…